About Why Martins? Customer Testamonials Our History Meet The Team

Martins Hi-Fi hasn't always been the business you see today. In the very beginning, a small shop on Ber Street in Norwich stocking electronic components and government surplus was purchased by Mike and Ted Martin. The year was 1968 and both brothers had left the forces, Mike from the Royal Air Force and Ted from the Royal Navy. Their father was in the Air Force and service life was something of a tradition in the family. For many years Mike and Ted had dreamed of running a business together, when the opportunity to purchase this surplus store arose, the Martin brothers figured it was too good to miss (in spite of the fact that it wasn’t quite their vision of a hotel in Scotland).

The shop bore the name “Mick Helps” but it didn’t take too long before the name changed to “Martins Electronic Centre”. They began initially by carrying on the existing business of selling government surplus and various electronic components.

It wasn’t until the day a student walked in and asked “do you sell hifi?” that the business took a new course. Hifi was already available from Martins at the time but only in kit form that customers had to assemble themselves. When the student asked if he could hear the hifi, the brothers duly got their soldering iron out and within minutes, a fully assembled system was ready to audition. From the moment the stylus hit the record, everyone present was taken aback by what they heard, the Beatles were in the room with them. George was on the left and Paul was on the right, it was stereo! The student was so impressed that he parted with £60 that very day, a great sale as that was equal to the average weekly shop takings of the time.

This experience with the student made it obvious to Ted and Mike that selling complete stereo systems were the way to go. It was decided that a hifi should always be on demonstration in the shop and from there the business took off with a new name… “Martins Hifi”. Selling electronic components and surplus would soon be forgotten.

Having found that stereo was very popular with customers, Martins quickly gained a reputation for being fine suppliers of stereo equipment in Norwich at a time many would call the “golden years” of the hifi industry. Throughout the 1970’s the company went from strength to strength opening new branches in King’s Lynn, Great Yarmouth and a second site in Norwich on Dereham Road.

Wharfedale speakers, Trio amps, Garrard turntables all considered classics now, would fly out of the doors. Stereo was the thing to have in those days, it was fashionable and everyone wanted it. Who wouldn’t want to bring their favourite artists home? Acts like Pink Floyd were bringing out records with binaural effects that made sounds seem to ‘travel’ around your head and it was the first time that many people were able to experience something like that at home. 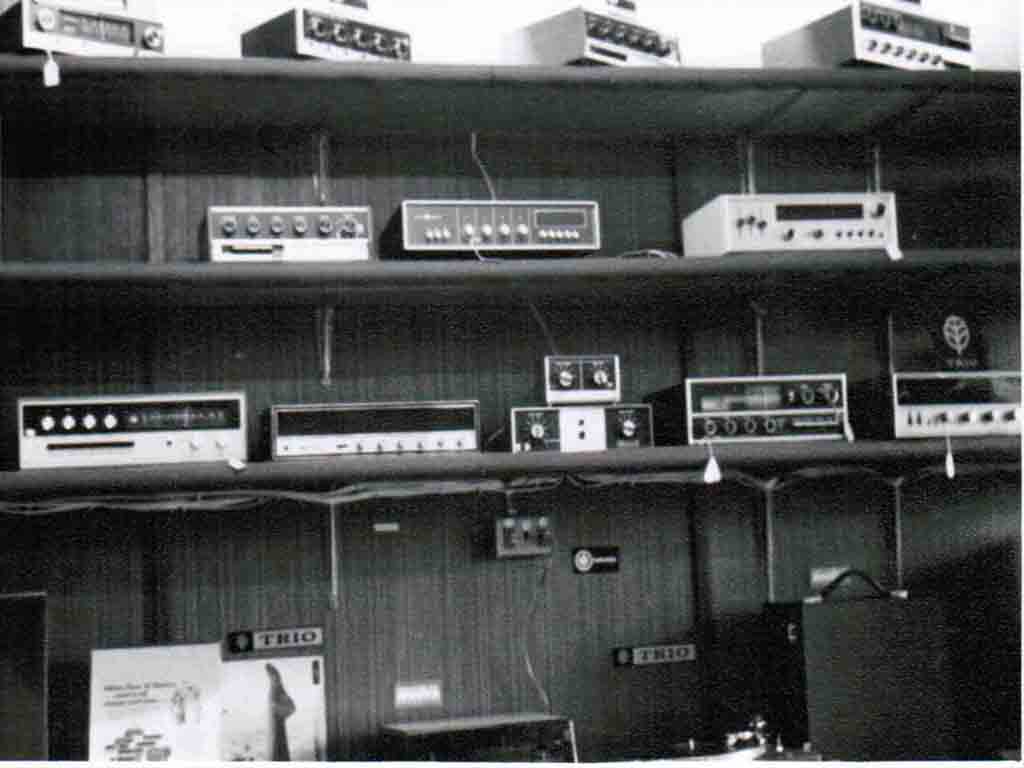 The company’s portfolio of products continued to grow, offering more of what people wanted and the reach of Martins now was extended across Norfolk. Throughout all this time the thing that kept people coming back was the very personal, human service customers would receive from Mike, Ted and the rest of their team.

After Mike’s tragic death in 1979, Ted carried on the business with the same ideals that made the company so successful during the preceding decade. At the beginning of the 1980’s, things were changing in the consumer electronics industry. Several threats emerged such as mail order and the rise of large electronic retail chains, most people had a stereo and colour television was now the thing to have. To a certain degree, Martins needed to diversify its product portfolio to keep it in alignment with what people wanted but most important of all, the service that kept people coming back had to stay. The personal service was something the big chains could not offer in the same way as a good independent and it has always been at the very heart of our business.

Martins remained competitive in this period under Ted’s direction and a lot of business was done with the likes of Pioneer, Hitachi and JVC, which were big accounts and were key for Martins during the age of colour TV’s, VCR’s, tape decks and early CD players.

The rise of the compact disc was also an interesting time for the industry as it was a cutting-edge technology that brought stereo back to the forefront (and also a famous debate over which sounded best, vinyl or CD? Still not a concluded debate for some). Martins have always stayed at the front of home technology and this coincided with a period when a number of British manufacturers we were (and continue to be) close to, like Meridian and Arcam, started to bring out their first CD players which offered a warmer, more lush sound than other players of the day and gave us a big edge in a market flooded by cheaper players.

By the end of the 1990’s it was becoming apparent that the Internet was going to have a huge impact on traditional retailing. Stereo was old news and home theatre was now starting to take a real foothold in the home entertainment market. These multichannel systems often required some degree of installation to be completed for the customer, being inherently more complex than traditional stereo systems. Between the need to offer something the Internet couldn’t and the increased need to interact with customers in their own homes, it was decided that Martins would open a custom installation service.

Volume retailing was suffering for independents and the new custom installation department was the solution. The business consolidated, closing the branches in King’s Lynn, Great Yarmouth and Dereham Road and bringing the whole company back to the original Ber Street premises with two distinct departments that could offer a wide range of services that couldn’t be found on the internet.

Today the world of consumer electronics has changed beyond all recognition once again and it never stays still. Who would have thought that mobile phones would become handheld PCs with apps that give them near limitless uses? It has been incredible to witness the march of technological progress over the years with the power and functionality now available, unlike anything we could have imagined all those years ago. We’re optimists and we think that the possibilities are only going to get better! Martins is almost as old as Moore’s Law and like us, it is still going strong!

What we now offer the customer is a very wide range of expertise in Hifi, Cinema and Smart Home Technology. Martins can now offer their clients complete home entertainment solutions and cater to almost any requirement concerning technology in the home.

Just wanted to say thank you for your help and advice throughout the whole process, all of you have helped us tremendously through a potential minefield in respect of choosing the right kit for our home, as you know we aren’t quite anorak level, and whilst I know you’re there to take my money off me

"Hello Ian Thank you for all your efforts to get a good price for me and I am delighted to have been able to place this order with you today. I have been very impressed with your professionalism and enthusiasm throughout!"

"Thank you Ian. You give me first rate advice with excellent service and great prices. Why would I ever go anywhere else. Mr Hood"